And that means YOU can win! 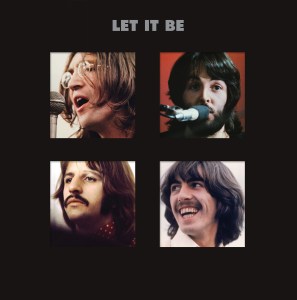 The Beatles invite everyone everywhere to get back to the chart-topping 1970 album, Let It Be, with a range of beautifully presented Special Edition packages.

The Let It Be album has been newly mixed by producer Giles Martin and engineer Sam Okell in stereo, 5.1 surround DTS, and Dolby Atmos. The album’s sweeping new Special Edition follows the universally acclaimed remixed and expanded anniversary editions of Sgt. Pepper’s Lonely Hearts Club Band (2017), The BEATLES (‘White Album’) (2018), and Abbey Road (2019). All the new Let It Be releases feature the new stereo mix of the album as guided by the original “reproduced for disc” version by Phil Spector and sourced directly from the original session and rooftop performance eight-track tapes. The physical Super Deluxe collections also feature 27 previously unreleased session recordings, a four-track Let It Be EP, and the never before released 14-track Get Back stereo LP mix compiled by engineer Glyn Johns in May 1969.

The sessions that brought about the Let It Be album and film represent the only time in The Beatles’ career that they were documented at such great length while creating music in the studio. More than 60 hours of unreleased film footage, more than 150 hours of unreleased audio recordings, and hundreds of unpublished photographs have been newly explored and meticulously restored for three complementary and definitive Beatles releases this fall: a feast for the senses spanning the entire archival treasure. The new Let It Be Special Edition is joined by “The Beatles: Get Back”, the hotly-anticipated documentary series directed by three-time Oscar®-winning filmmaker Peter Jackson, and a beautiful new hardcover book also titled The Beatles: Get Back. The raw sources explored for the new projects have revealed that a more joyous, benevolent spirit imbued the sessions than was conveyed in the 1970 Let It Be film’s 80 minutes.