5 Shows/Movies You Didn’t Know Were Filmed in Canada

While we all typically think of Hollywood when asked about big blockbuster films or television shows, Canada is definitely the home of some great entertainment. Here’s a list of some awesome productions that were filmed up north: 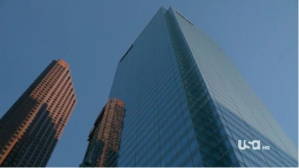 While the show Suits, a fictional American legal drama about corporate lawyers, is set in New York City, much of the show is filmed in our very own Toronto. Suits has used the city’s financial district as the setting for the show’s dramatic twists and turns; you can see the outline of the ‘Toronto Sun’ box in this first Suits still, which is located on Wellington Street! 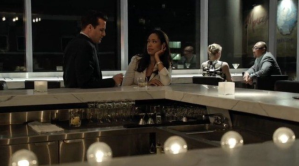 The show often used many of the city’s bars and restaurants as well, of course. In the second still from the show, they are at Luma‘s bar at the TIFF Bell Lightbox… You can even see the sign for Marcel’s (a bistro) in the background!

While Murdoch Mysteries is one of Canada’s highest-rated scripted TV series, it may be obvious that some of the series is filmed in Canada (the rest takes place in Bristol, England)… But did you know just how many Ontario cities they’ve used in their production? 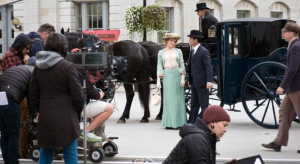 From Toronto, Ottawa, Kingston, Oshawa, and Hamilton, to smaller Southern Ontario towns like Guelph and Brantford, Murdoch Mysteries has travelled across the province (and even to Vancouver)! Kingston’s Springer Market Square and the Kingston Penitentiary were heavily featured in recent episodes, highlighting the beautiful Victorian architecture.

The writers of Murdoch Mysteries stated they wanted to feature Kingston’s Springer Market Square especially because of the city’s iconic status as an old-time hub of Canada (and the nation’s first capital).

When disaster struck the Titanic in 1912, Halifax was the closest seaport and is the final resting place of many of the victims. When production began in 1997 for James Cameron’s film, it seemed natural that he brought his cast and crew to Halifax.

They actually filmed some of the ocean scenes on the CCGS Louis S. St-Laurent, a Canadian Coast Guard Heavy Arctic Ice Breaker – the ship’s helicopter pad is also the one Rose arrives on at the beginning of the movie.

These include Habitat 67, a model community and housing complex in Montreal. The film also uses the exterior of the Montreal Olympic Stadium throughout production. The iconic scene below actually shows them running through Montreal’s Olympic Village!

This 2002 box office hit didn’t require the star, Canadian actress Nia Vardalos, to move far. Much of the movie was filmed in Toronto’s Greektown! Danforth Avenue can be seen frequently throughout the movie, as well as Toronto’s Ryerson University and Jarvis Collegiate Institute! 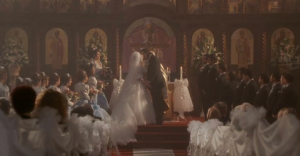 These locations were all posing as Chicago during the film. The wedding itself takes place in St. Nicholas Ukrainian Church near Trinity Bellwoods Park!

It’s obvious that Canada is a popular destination for movie and television show production, and for good reason! We have some of the most beautiful nature and architecture that you just can’t find anywhere else.